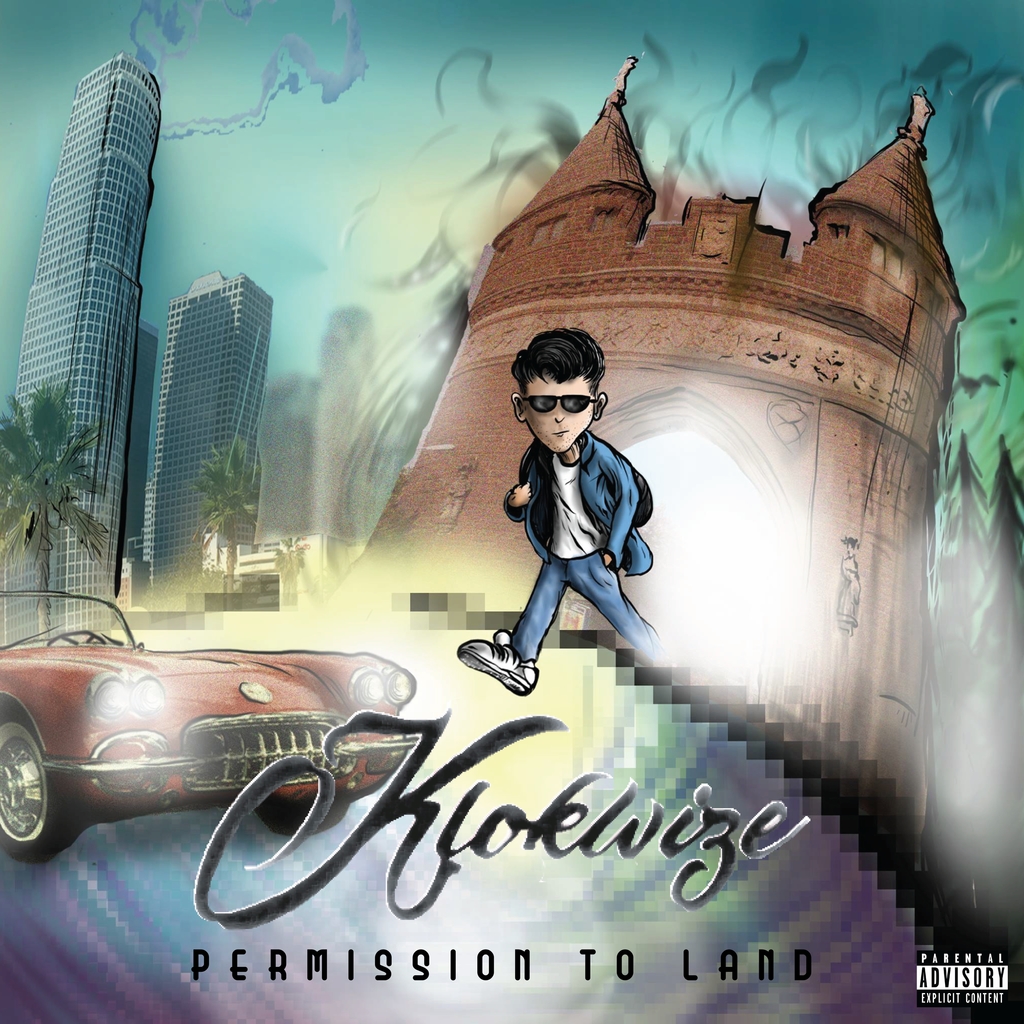 This new album is a culmination of Klok's evolution as an artist, from a more traditional lyricist in the 2000's, to more recently, performing and recording more melodic tracks with a live band.

And this album is simultaneously both and neither of those, proving he's the King of Moving On.

Klok has successfully done what few rappers can do: perfected the subtle art of emceeing, singing, and harmonizing over a variety of beats. And as versatile an artist as he is, Klok has kept two things consistent on Permission To Land: It stays funky and his bars never disappoint.

P.T.L. is a genuinely fun (and funky) album to listen to, with head-nodders laced with break beats and guitar riffs, with some melodic, more introspective tracks ("Ships In The Night", "Rolling Stone"), and some electrically charged songs that'll make you get up and actually dance ("Clearest Blue", "Rebel"). It's this mix that makes the album unique and enjoyable. The west-coast influence (while still rooted with Klok's east-coast lyrical style) is noticeable after hearing just a few tracks. And production by the legendary DJ Quik ("A Little Respect") - best known for his work with 2Pac and other legends - along with Uncle Dave Foreman ("Alarms"), Resource DaVinci ("King of Moving On"), and longtime Wizeworld collaborator / fellow CT-native Ant Quint ("Sunshine") provides an impressive variety of beats Klokwize kills on the album.

First and foremost, Klok is a lyricist. His voice (gritty as always), content and delivery are better than ever on P.T.L.. But he also proves he can sing, which again, is often tried by many of today's hip-hop artists, but doesn't always work. Here, it does.

Download Permission To Land on iTunes here or GooglePlay here.

You can also stream Permission To Land on Spotify.

Be sure to check out Klokwize.net and follow @Klokwize for more. And tell a damn friend.