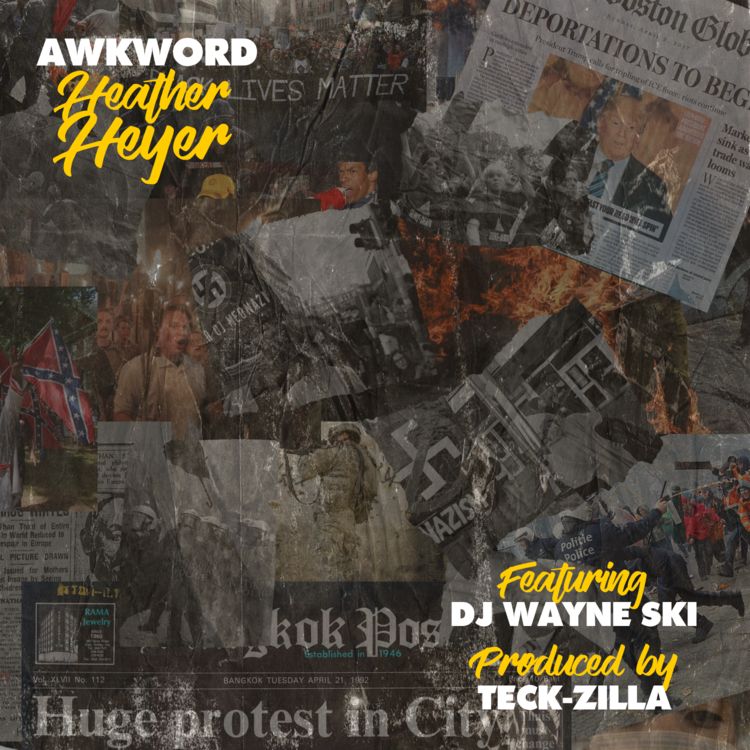 NY-based activist emcee and Friend of the Sesh AWKWORD is back with a new track honoring Heather Heyer, who was tragically killed while protesting the white supremacist march in Charlottesville, Virginia on August 12th, 2017.

AWK has always defined himself as an artist who brings people together, both through his global projects like Worldview, and by confronting the systemic racism that divides our fellow citizens here in the US.

On this new track, produced by Teck-Zilla, and featuring DJ Wayne Ski, AWK not only honors Heather but addresses the fears many of us have living in a country where Nazis', openly racist white supremacists, and their apologists' views have become normal in mainstream political discourse, thanks to a certain crazy old orange man who somehow became president.

Stream the new track below and download it here, for a donation (All proceeds go to The Heather Heyer Foundation, founded by her mother to fund future social justice activists).

Tell a friend (or an enemy) and follow @AWKWORDrap for more, or check out more of his signature #ProtestMusic at AwkwordRap.com.

You can also travel back in time to 2013 and hear our Session interview with AWKWORD here.