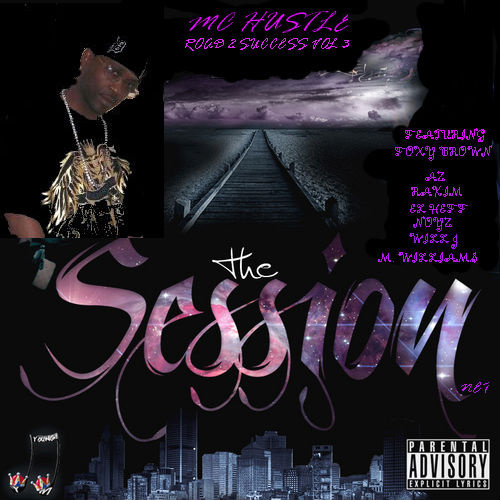 DOWNLOAD "ROAD 2 SUCCESS VOL. 3"
Detroit, Mi, underground legend – Mc Hustle has his new EP, “Road 2 Success vol 3” on February 5, 2012 following the release of his three successful singles; “Mommy I can give you what you need ,” featuring Foxxy Brown, “Im going in ,” featuring Rakim and “Nobody,” featuring M. Williams and Fudge.
What once seemed like a music genre that was clearly understood, hip-hop currently finds itself in a state of flux. In the days before hip-hop emerged as a global commercial force, a rhyme master named Mc Hustle infused a dose of artistry into the musical movement through his innovative word play and slick rhymes. Mc Hustle has dared to make hip-hop rhymes more complex and unpredictable, which he attributes to knowledge.