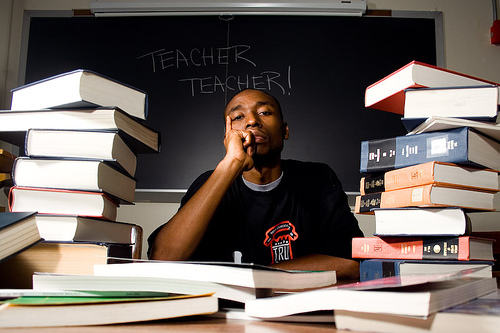 (The Boombox) Producer 9th Wonder will broaden his academic horizons this year when he takes up a new teaching post at Duke University in North Carolina. The Raleigh, North Carolina native will join Professor Mark Anthony Neal to teach an African-American studies class this Spring semester. Neal explained via his blog that 9th would be lending his knowledge and talents to teach a "Sampling Soul" course that would identify and study songs from the Black Power and Civil Rights Movements.
9th, who already has a Grammy under his belt and has produced numerous albums for heavyweights like Nas and newcomers like Wale, told the web-show 'Maestro Knows' that he's looking forward to teaching the course. "The class is studying soul music from the '60s, '70s, and '80s, the neighborhoods it came out of and where was the influence for this song to come out of," he said in a video interview. "I'm excited man, it's a new frontier for me. I'm always excited for new frontiers."

In addition to educating at Duke, 9th Wonder has also taught a hip-hop history class at North Carolina Central University's music department for several years. He was named an Artist-in-Residence by the Chancellor of NC Central, along with Christopher "Play" Martin from the group, Kid-n-Play.